Skip to content
Home > News > Can Bioinformatics be a Gateway for a Biotech Surge in Ukraine? 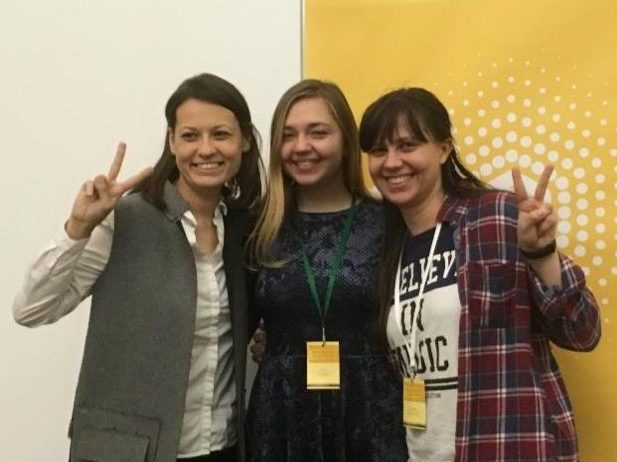 As part of its Biotechnology Initiative, the U.S.-Ukraine Foundation (USUF) will be supporting the single-cell RNABIO & organoids conference and workshops to be held at Unit.City innovation park in Kyiv, Ukraine, September 28-30.

This important gathering of researchers will focus on single-cell RNA sequencing, a breakthrough technology, which according to the organizers, has great potential for understanding cellular heterogeneity, dynamics, and gene regulation, opening new horizons for biomedical applications.  Participants will also delve into the complementary technology of developing human organoids, which are used to understand the biology of self-organization as well as mechanisms of diseases, and provide a new system for drug discovery and testing.

Besides introducing single-cell and organoids-based approaches to the study of biology and disease (especially of the human brain, including autism and epilepsy) another goal of the event is to gather biologists, engineers, and computational people to dive into scRNAseq technology and data analysis and introduce researchers and engineers to building and applying microfluidics devices for single-cell biology.  The hope is that bringing together these specialists will help lay the groundwork for creating a bioinformatics hub in Kyiv.

Among the lead organizers of the RNABIO conference are Alina Frolova of the Institute of Molecular Biology and Genetics and Nika Gurianova of the Bogomoletz Institute of Physiology.  I first had the chance to meet them in Kyiv in October 2017 at their Integrative Biology & Medicine conference.  They had invited USUF to present information about our new Biotechnology Initiative, which aims to support the development of biotech in Ukraine.

As Nika explains it, a group of researchers in Kyiv had been coalescing around the idea of creating a more vibrant biotech/biomedicine community in Ukraine. They were enthusiastic participants and proponents of this cutting-edge field but painfully aware that although Ukraine had the requisite scientific talent to build medical/health-related biotech, the country lacked the funding for laboratories and other infrastructure, as well as the managerial and networking experience, to make Ukraine a significant global player in the field.  Thus, many Ukrainian researchers were leaving the country for better opportunities to realize their scientific talents abroad.

Nika Gurianova explains that last year’s Integrative Biology & Medicine conference was their group’s effort to engage with the international biotech and biomedicine community, help raise awareness about researchers in Ukraine and create an ongoing dialogue with specialists around the world.

They wanted to demonstrate, she says, “that there are people in other countries interested in collaboration and talking to us.  It’s not just a dream.  It can be real.”  That achievement has inspired them to keep moving forward in their quest to build a vibrant Ukrainian biotechnology-related sector.

Ukraine has had a lot of success with IT as a new driving force of economic growth.  Many experts feel that the same could happen with biotechnology/biomedicine in Ukraine and it was this sense of optimism that motivated Irene K. Joseph, a highly successful Ukrainian-American biotech entrepreneur, to become the sponsor of the USUF Biotech Initiative.

Nika underscores that her colleagues in the biotech/biomedicine field are looking not only to emulate the tremendous success of IT in Ukraine but also to tap into the vast IT talent pool in the country to create a bioinformatics hub in Kyiv, which could potentially spur a surge of biotech activity in Ukraine:

“We have [IT] people who would like to switch to some health-related or biotech-related or biology-related projects. [Bioninformatics] is really needed everywhere.  In developed countries there are a huge amount of sequencing machines and mass spectrometers, and the bottleneck is not generating data but analyzing it, checking it and interpreting it,” she says.  “It was a reason why we decided to focus on bioinformatics and to start to develop the informational field around it.  In order to move from [having] nothing related to genomics to a bioinformatics lab and then developing into full-stack biotech research laboratories.”

Could this contribute significantly to the reversal of Ukraine’s scientific “brain drain?”  Observers are hopeful that thanks to the low cost of living and vast cultural amenities available in Ukraine, there is a strong incentive for the younger generation of Ukrainians who work in such rewarding fields as IT and biotech, to build their future in Ukraine rather than abroad. Creating a niche of high-quality research will make it attractive for both Ukrainians and foreign researchers to pursue their research projects in Ukraine, developing a collaborative work culture and international atmosphere.

The U.S. researchers participating in the RNABIO conference in Kyiv will be Alex Shcheglovitov of the University of Utah, William Stephenson of the New York Genome Center and Valentine Svensson of the California Institute of Technology.

In putting together the RNABIO event, Nika Gurianova and Alina Frolova joined efforts with Maryna Chernysh and her colleagues from Fabricator FabLab in Kyiv. This allowed them to organize not only the conference but also a hands-on workshop on building a device for scRNAseqwhich was developed by CalTech’s William Stephenson. It is the first step on the way to integrating single-cell biological research and hardware engineering in Ukraine. Ukrainian clinics and biology-related companies are supporting this event, providing additional evidence of the collaborative spirit that exists between distinct biotech-related sectors and projects in Ukraine.