Skip to content
Home > News > Biotech & Pharma Cluster Lviv – union for development: University signed a memorandum on the creation of a biotechnology cluster 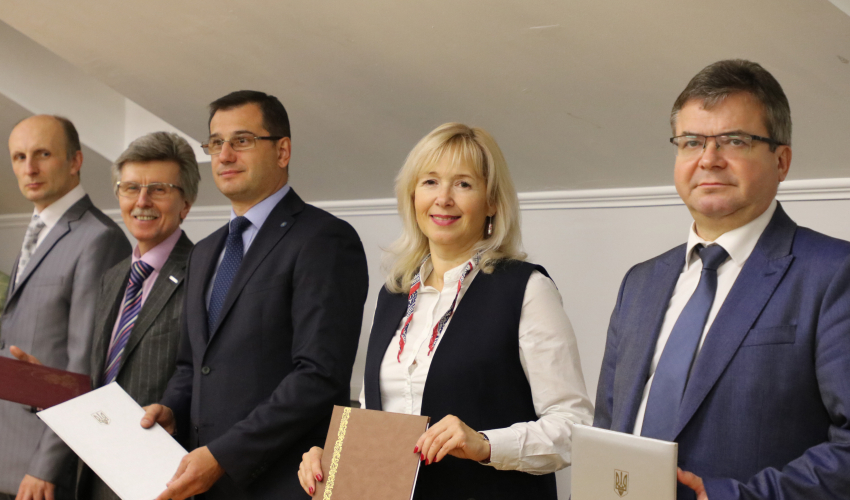 For over a year Lviv scientists and entrepreneurs collaborated to create Biotech & Pharma Cluster Lviv. Finally, on November 8, 18 parties signed a memorandum of cooperation and intentions to create a cluster that would promote the development of research and innovation activities in the field of biotechnology in our city. It will also enable the implementation of biotechnology business projects, the creation of new workplaces as well as promote the economic development of Lviv and attract foreign investment.

In general, eight years ago it was spoken about uniting the efforts. In fact it was not only about uniting in individual spheres, such as IT or tourism, but what was of interest to many. And biotechnology has a bright future. During a year and a half, due to the synergy of a large number of institutions and individuals, a decision has been made to unite the efforts of scientists, leading businessmen and authorities.

According to Andrii Moskalenko, Deputy Mayor for Development, biotechnology cluster is already a practical institution that, before the union, began to work and had its own specific goals.

– The creation of biotechnology clusters is the practice of most European cities, when business collaborates with scientists to jointly implement scientific developments, which, unfortunately, in our realities, often remain in scientific articles and university laboratories. This project will allow the introduction of new medicine and new technologies into industrial production, said Roman Lesyk, Lviv Honorary Ambassador.