It seems that almost everyone is familiar with at least one or two myths and legends about the Chornobyl Exclusion zone (ChEZ). While visiting it one might expect to see spooky abandoned villages and towns, run across mutant creatures and maybe even find glowing radioactive substances. But what is the truth?  Moreover, does this huge territory - comparable in size to Luxembourg or the US state of Rhode Island - have a future? Is Ukraine deriving any gains from or facing problems connected with the ChEZ? I will do my best to answer these and other questions.

The territory of the exclusion zone was isolated for over 30 years and consequently cultivated fields became wild steppes - even forested areas - while buildings and other industrial structures decayed.  The Ukrainian government made a decision not to return the ChEZ to economic use. However, the fact that the territory was polluted by radionuclides hinted at unusual opportunities for utilizing the territory. That is why, in 2016, the President of Ukraine signed a decree on the creation of the Chornobyl Biosphere Reserve, which regulated the administrative structure (Fig. 1.) and cooperation between stakeholders in the ChEZ.

These changes in structure and legislative status were driven by several factors: the need to create a closed nuclear fuel cycle within Ukraine; the need to manage the flora and control the spread of fauna in the contaminated area; the growth of the ChEZ as a tourist attraction; and the requirements of monitoring the situation inside the ruined fourth nuclear reactor in the Chornobyl nuclear power plant (ChNPP).

A closed nuclear fuel cycle. When the war in the Donbas region of eastern Ukraine broke out, the structure of energy generation in Ukraine changed significantly. Today, nuclear power plants account for more than 50% of electricity production (Fig. 2).

This makes the diversification of the supply of nuclear fuel supply, and of the storage and reprocessing facilities essential. After 2014, Ukraine successfully invited one more player, the Westinghouse company (part of the Toshiba group) into its fuel market, thus breaking the monopoly exercised by the Russian TVEL company. Since 2017, Ukraine has purchased up to 51 % of nuclear rod assemblies from Westinghouse, which helped stabilize the fuel market.

However, the question of long-term storage of spent fuel from operational reactors remains. Ukraine still pays TVEL a fortune to store and reprocess its high-grade waste, but, even so, the Russians refused to accept Westinghouse assemblies. To solve this problem, the construction of dry cask storage (Fig.3) has begun within the 10-km zone (the radioactive waste handling area from Fig.1), where all of the spent fuel assemblies from the Rivne, South Ukraine and Khmelnytsky NPPs will be stored. This is a temporary solution for the high-grade waste problem. The International Atomic Energy Agency (the international entity for nuclear safety and security), requires deep underground repositories. Planning and construction of such a facility have already started in the ChEZ.

Flora and fauna on the abandoned territories. Succession - the change of flora and fauna as a response to environmental changes – is one of the most common processes in nature and the ChEZ is no exception. The territory has a long and interesting history.  Before the emergence of the USSR in 1922, the territory of northern Ukraine and southern Belarus was completely covered with impassable marshes.  Between 1937-1980, land was reclaimed through the construction of a huge network of drainage channels. The soil that was recovered turned out to be too acidic and heterogeneous for agricultural crops and was therefore used for pine plantations. Global climate change in Ukraine - with its increase in temperature and a decrease in precipitation - plus a lack of proper maintenance of both the plantations and drainage channels, meant that the pines began to die and gave way to marshes. Dead dry-wood litters the forests and causes forest fires. But at the same time, unique marsh vegetation is returning. Researchers have reported spotting more than twenty species of listed plants, such as Daphne cneorum, Platantera bifolia,  and Neottia nidusavis.

The isolation of the territory and the absence of anthropogenic pressure has led to the return of wild animals. Scientists have reported a resurgence of bears and lynxes, and an increase in the number of wolves, foxes, hares and elk (Fig. 4). It was even possible to recreate unique herds of bison and Przhevalsky horses and to observe quick and fascinating changes between generations of small rodents. In order to manage the flora and fauna and to support the process of natural recovery, it was decided to establish a Chornobyl Radiation and Ecological Biosphere Reserve. Together with the Polesie State Radioecological Reserve, located on the territory of the ChEZ in Belarus, it will form a powerful environmental conglomeration to preserve and enhance biodiversity, enhance educational activities and facilitate monitoring of the ChEZ.

Monitoring the radiation condition of the fourth nuclear power reactor at the ChNPP. The ultimate symbol of the Chornobyl accident was the silhouette of the sarcophagus built at great sacrifice over the destroyed reactor (Fig. 5a). This structure was designed to last 30 years and fulfilled the mission of protecting humanity from the spread of radionuclide contamination. It was clear at the time of construction that the design had a number of shortcomings and would soon require replacement. That is why, after much planning, budgeting and design the construction of the New Safe Confinement (NSC), or the Arch, began in 2010.

The structure became operational in November 2016 (Figure 3b). The international community participated in the construction of this truly amazing - both in size and technical complexity - structure. The NSC is designed to last for 100 years and is able to withstand earthquakes, floods, tornadoes, and even a direct bomb strike. And although the Arch is already firmly secured over the destroyed reactor, the work inside it will go on for the next 100 years. Workers from the ChNPP and other organizations will have to completely dismantle the unit and identify, classify and properly bury the radioactive waste lying inside. This is far from an easy task, because, due to the explosion, metal and concrete components from the housing structure melted and mixed with nuclear fuel, graphite and other materials that were thrown into the reactor during the first hours of the accident to extinguish the fire. Specialists face the ambitious goal of transforming all four operational power units and the two unfinished ones into a "greenfield" state – complete dismantling of all the structures and buildings of the ChNPP.

Tourism. One cannot deny that ChEZ is one of the most famous sites in Ukraine. Thrill-seekers from all over the world go there to feel the cold breath of the ghost town of Prypiat, learn the legends of the mysterious Jupiter Factory, take photos near the monument to the firefighters and drink beer at the "Eternal Call" shop on the outskirts of Chornobyl. Demand creates supply and numerous tour operators offer group and private tours to the ChEZ. On Friday evening, buses from Kyiv to Chornobyl form a pretty solid queue and booking a room at the Chornobyl hostel can verge on the impossible. According to statistics from the ChEZ regulatory body, more than 70,000 tourists visit the zone annually. There are well-trodden paths in the town of Prypiat and biotoilet facilities for visitors at the Dytyatky, Lelev and Prypiat checkpoints. At the beginning of 2019, a union of tour operators was formed to deal with administrative and operational issues. They conduct various activities to maintain the ChEZ’s tourist appeal: They collect garbage and respond promptly to changes in the zone (caused, for example, by the cancellation of tours due to forest fires, etc.). Together with the ChEZ regulatory body, they are developing a tourism strategy which involves proposing and registering new routes and improving and simplifying interaction with management bodies. As a result of their work, electronic passes to the ChEZ were recently introduced.

Alternative energy. The ChNPP was designed to supply southern Belarus and northern Ukraine, including Kyiv, with heat and electricity. Therefore, the areas in the vicinity of the nuclear power plant had never experienced an energy shortage. But, after the first, second and third power units were shut down in 2000, an energy deficit was created. That is why - and to solve the issue of disposing of the dead wood that causes forest fires - an incinerator was built in the town of Chornobyl. There are also projects for the construction of solar stations in the anthropogenic territories of the Reserve. (Fig. 1) The ChEZ is slowly re-emerging as an electricity generating region.

In summary, it is clear that the Chornobyl Exclusion Zone is not a static region defined solely as a territory affected by the largest technological disaster in Europe. It transcends the pain of human tragedy and turns the frustration caused by human grief into positive and constructive actions for the benefit of both Ukraine and the global community. 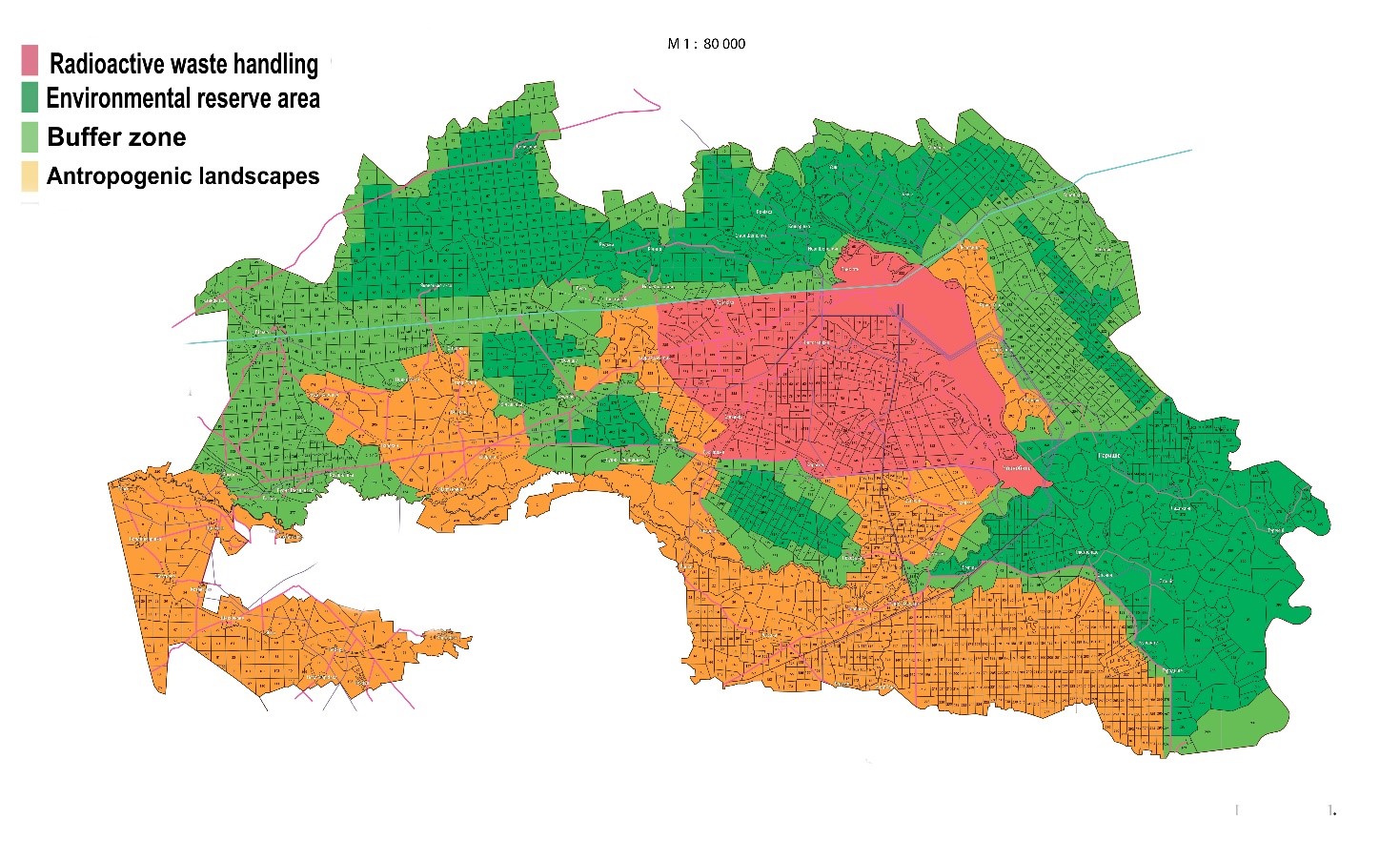 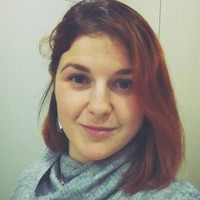