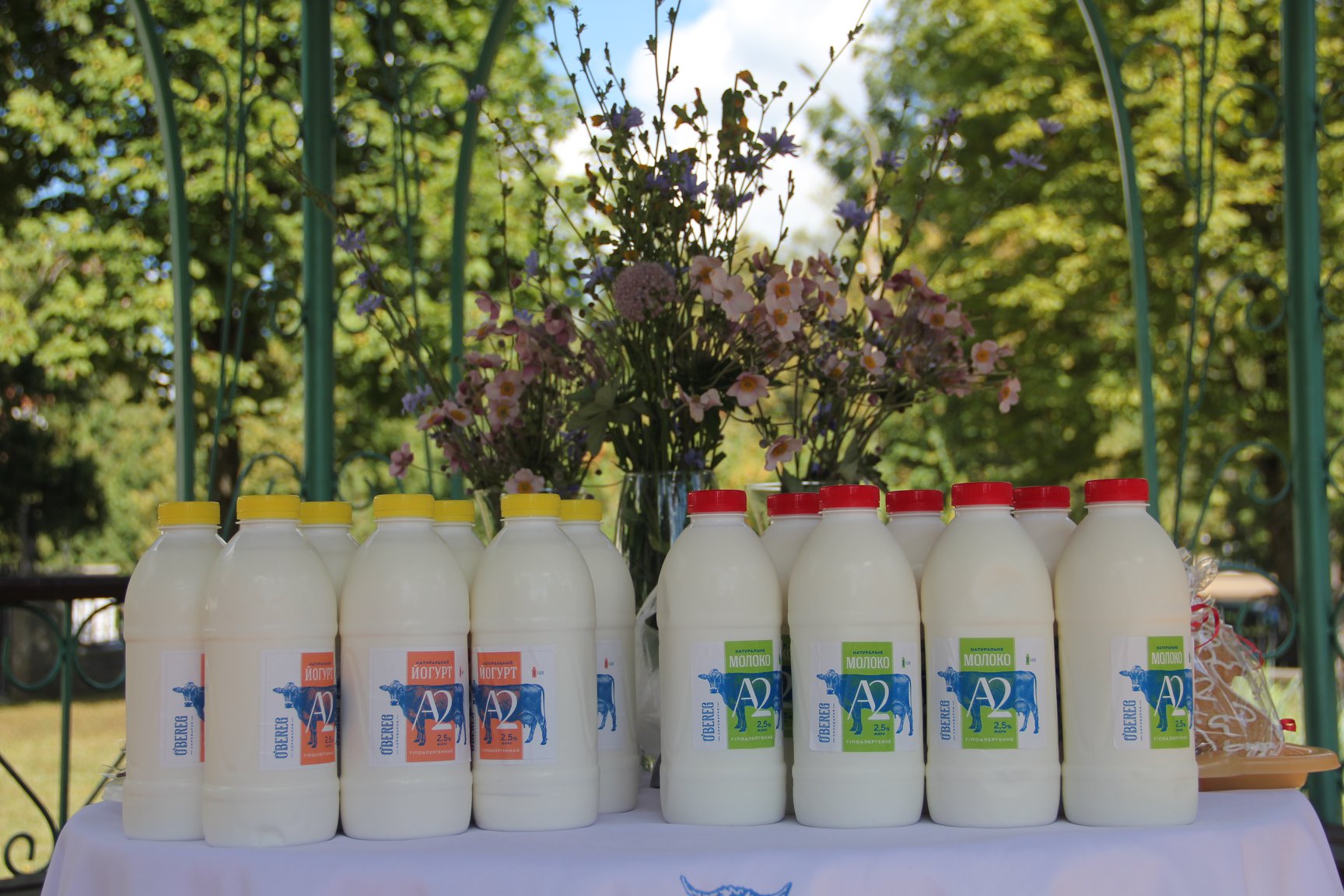 Until recently, Ukrainians with celiac disease, lactose intolerance and other diet restrictions would be hard pressed to find foods they could eat, and at affordable prices. But Ukrainian consumers are becoming increasingly health-conscious and now alongside imports one can easily find domestic products that are gluten-free, sugar-free, lactose-free, meat-free and everything in between at specialty shops and local grocery stores.

This summer another product was added to the shelves: hypoallergenic A2 milk - a variety of cow's milk that mostly lacks a form of β-casein proteins called A1. It's sold mostly in Australia, China, New Zealand, the UK and US. The Ukrainian scientists working on the project claim that A2 milk is more easily digested and has general health benefits.

The unique technology was developed by the Sumy National Agrarian University in cooperation with scientists from the Bohomolets Institute of Physiology. The university spent 10 years studying genotypes of the Lebedyn breed of cow. The project to preserve this type of cattle was supported by the Ministry of Education and Science of Ukraine and became the basis for further research which resulted in the special milk. 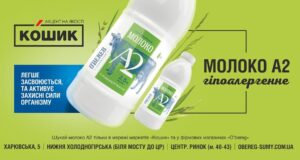 The Sumy O'BEREG cheese factory has launched production of A2 milk and yogurt and it's being sold at the regional Koshyk supermarket chain.

"It is extremely important that there are representatives of responsible innovative business in the region who understand the role and prospects of using innovative developments and integrating science and business," said Sumy National Agrarian University rector Volodymyr Ladyka.

Ukrainian A2 milk - coming to stores in Europe next?

Watch a video about A2 milk on Sumy Channel ATV 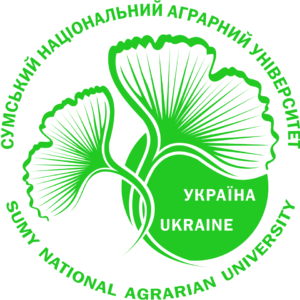 Native-born breeds of farm animals are carriers of unique genetic information that cannot be reproduced by modern breeding methods. The study of their gene pool is carried out in the aspect of finding new useful genes, quantitative or other characteristics. Since 2017, Sumy National Agrarian University has been conducting research on "Substantiation of the methodology of brown cattle population improvement and conservation in the north-eastern region of Ukraine."

The studied micropopulations of Ukrainian dairy breeds showed a low level of genetic diversity in the presence of differences between them. To the single cluster breeds closely connected by historical ties - Shvitsʹka and Lebedyns`ka were included. The presence of genetic similarity between the Shvitsʹka and Lebedyns`ka breeds makes it possible to preserve the last endangered breed with the help of developed breeding measures. An important point is the livestock preservation, which has unique quality characteristics of milk. This, in turn, increases revenue by encouraging the preservation and growth of unique livestock.

According to foreign researchers, the frequency of A2A2 genotype in brown cattle reaches 55%. A2 milk has a positive effect on human health and allows for avoiding the risk of many diseases. This has become key information for scientists of Sumy National Agrarian University in the local Ukrainian breeds preservation.

The analysis of cows of the basic uterine herd of brown cattle concerning polymorphism on β-casein has been carried out. It was determined that the desired A2A2 genotypes for the beta-casein gene in cows and heifers of the Lebedyns`ka breed were 63%, heterozygotes A1A2 - 37%. The frequency of allele distribution in the sample is A1–0.184 and A2 - 0.816, respectively.

Given the high frequency of cows with the A2A2 genotype for beta-casein in the brown cattle population, scientists have commenced to develop an innovative method of providing the population of Ukraine with high-quality dairy products with hypoallergenic properties and increase the profitability of cheese production.

The searching for and studying unique productive characteristics of local breeds that have a positive impact on consumer health and help increase the efficiency of the dairy industry as a whole. Breeding, genetic and biotechnological methods have been used to create micropopulations of cattle with unique characteristics of productivity.  The animals' genome researching of domestic breeds of cattle allows identifying gene complexes that provide hypoallergenicity and increased cheese suitability of the products. The creation of herds which cows’ milk has hypoallergenic characteristics will contribute to the formation of a special craft niche in the producing and processing of milk in Ukraine. The production of high-quality hypoallergenic and more cheese-suitable milk (obtained with the optimal composition of the diet) and products from it, which will meet EU standards, will increase the profitability of the dairy industry.

Recently, scientific research of Sumy National Agrarian University has found practical application in manufacturing. On the base of the experimental farm of the Institute of Agriculture of the Northeast, a herd of brown cattle cows exclusively with the A2A2 genotype was formed. Milk from a unique herd was bottled in Sumy private cheese factory TM "O'BEREG". In the last days of July, it appeared in retail stores in the city of Sumy.

Yuriy Danko, Vice Rector for Science at Sumy National Agrarian University, was a participant of our Technology Transfer Study Tour to the University of Georgia