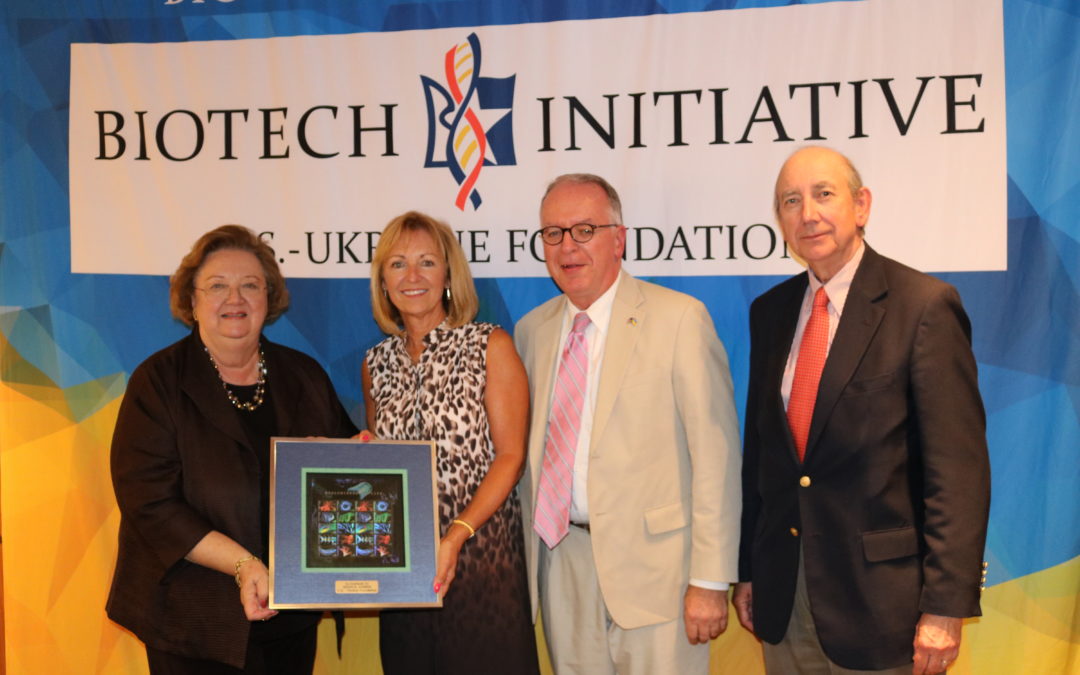 The U.S.-Ukraine Foundation (USUF), a U.S. 501(c)(3) nonprofit, nongovernmental organization established in 1991 to support democracy, a free market and human rights for Ukraine has recently undertaken a variety of new initiatives aimed at assisting Ukraine in its economic reform efforts and in building a stable, democratic society. A new leadership structure has been put in place to help move these initiatives forward, including the election of new members to the USUF Board of Directors. The Board is comprised of Roman Popadiuk, Chairman and first U.S. Ambassador to Ukraine; Orest Deychakiwsky, Vice-Chairman and retired member of the U.S. Helsinki Commission; Temuri Yakobashvili, Georgia’s former Ambassador to the U.S.; George Masiuk, a retired senior telecommunications engineer who has worked in support of NASA, DoD and the FAA; Michael Snytkin, an attorney at Randolph Law; David Rigsby, defense consultant; Bob Heath, retired United States Information Agency officer; William Green Miller, former U.S. Ambassador to Ukraine and James O’Beirne, Special Assistant to the Secretary of Defense for White House Liaison.

The Board acknowledges the dedication and service of previous board members Jack Heller, Iryna Kurowyckyj and Renata Zajac. “The Board of Directors greatly appreciates the service of our past members,” stated Board Chairman Roman Popadiuk. “They were instrumental in the Foundation’s successes over the years and we look forward to their continuing involvement and guidance. As a result of our past efforts, the Foundation is well positioned to move forward in helping to continue strengthening U.S.-Ukraine relations, in assisting Ukraine in its reform process, in expanding networks among all sectors of U.S. and Ukrainian society and in spurring mutual investment and business development.”

The U.S.-Ukraine Foundation is the initiator of the Friends of Ukraine Network (FOUN), a non-partisan, informal coalition of former ambassadors, leading foreign policy and international security professionals, and other experts who have dealt with key aspects of Ukraine’s relations with the U.S. and the international community. In 2017 FOUN had four task force areas of focus: National Security, Economy and Energy, Humanitarian, and Democracy, Civil Society, Media and Educational Development. FOUN’s 2017 Priority Recommendations for U.S. Assistance was produced as a practical and actionable set of policy recommendations to: stand with the People of Ukraine, support civil society’s fight against corruption, allow the People of Ukraine to defend themselves, and help victims of Putin’s war. It was broadly distributed and discussed with key Members of Congress and the Administration.

The Foundation has launched a Biotechnology Initiative to support the development of the highly-promising biotech sector in Ukraine.  Over the next few years this initiative will be of particular focus for the Foundation. The goals of the project are to highlight the biotech capabilities of Ukraine, to establish strong scientific links between the U.S. and Ukraine, to help identify leading scientists and entrepreneurs in Ukraine’s biotech sector, and to facilitate business development in the biotech sector between the U.S. and Ukraine. There will be a particular effort on identifying and assisting promising start-ups. This project has been made possible through the support of Ms. Irene K. Joseph, co-founder of the biotechnology company Cygnus Technologies.  As Vice President for Sales and Marketing for over 20 years, she led the company to its peak growth performance and market leadership position. “We are grateful to Ms. Joseph for her support and look forward to working with her,” stated Ms. McConnell. “Ukraine has a strong developing biotech sector and we hope to help move it forward and make it an integral part of Ukraine’s economy.”

Participants of a discussion about Ukrainian Biotechnology organized by USUF’s Biotech Initiative and the Embassy of Ukraine in Washington.

To initiate the project, the Foundation and Ukraine’s Ambassador Valeriy Chaly hosted a luncheon at the Ukrainian Embassy in Washington on June 11th, which included Ms. Joseph as the guest of honor and members of the U.S. government, biotech industries and others involved in the biotech sector.