Skip to content
Home > News > Deborah Fairlamb, launch coordinator for the Ukrainian National Startup Fund: “There are more Western investors in Ukraine than it seems.” 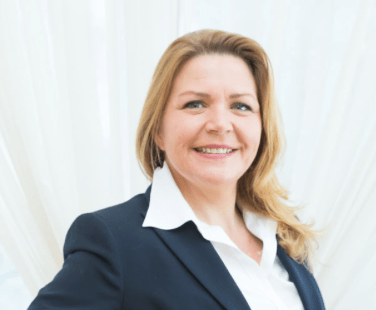 After a career in international private banking (Merrill Lynch, UBS, Bank of Georgia), US executive Deborah Fairlamb came to Ukraine in 2015. She served as deputy director of UkraineInvest, Ukraine’s official investment promotion office, then as  Adviser to Oksana Markarova, Ukraine’s Minister of Finance and Government Commissioner for Investments.

In January this year, Mrs Fairlamb was tapped to coordinate the launch of the Ukrainian National Startup Fund, which is expected to be launched in the next coming months, headed by a Ukrainian. In this exclusive interview, she shares her views on Ukrainian startups, comments on their appeal to investors, and discusses frankly industry prospects.

The launch of Ukrainian National Startup Fund has just been confirmed, hopefully for this year. Please tell us more about it.

This is the first-ever state-backed investment fund in the country dedicated to startups. It was formally approved in early November by the cabinet, included in the 2018 budget and has been proposed for the 2019 budget as well. The fund will be entirely funded by the state with 50 million hryvnias [approximately $1.8 million at the current exchange rate – ed.] and will invest or co-invest in technology oriented Ukrainian startups at the seed stage.

Why such a low amount? Does it mean that there are so few startups in Ukraine that deserve state support? Or, that the government is too poor to provide support at a significant level?

On a comparative basis to other countries, especially those with EU funding in addition to country funding, this fund is much smaller… However, this is the government’s first foray into doing anything of this sort. You could look at this amount as an initial pilot that will allow for the Fund to be tested, and to see how it may grow. Larger financing is possible in the future, although there are no precise plans for this at the moment.

Ukraine is facing challenges on several social and political fronts – including the conflict in the East. The government is aware of the importance of supporting startup innovation, but large investments in this field might not be perceived by the population as a legitimate priority at this time.

This being said, experience in other countries has shown that government led investments into innovation economies, and particularly in startups, can be a powerful boost for development and can be a precursor to add on investment from the private sector, so I think the government has found a good balance at this time.

Is this fund coming as a part of a government strategy?

It is part of a broader strategy of innovation. Last year the Ukrainian government partnered with the World Bank to identify the areas where more innovation could be implemented. The startup fund is one of the concrete outcomes of this work.

Additionally, the Ministry of Economic Development and Trade is developing a roadmap for Ukraine’s overall export strategy and IT is one of the components of this strategy. The Startup Fund has partnered with the Export Promotion Office to support  the development and refinement of the export strategy vis-a-via IT.