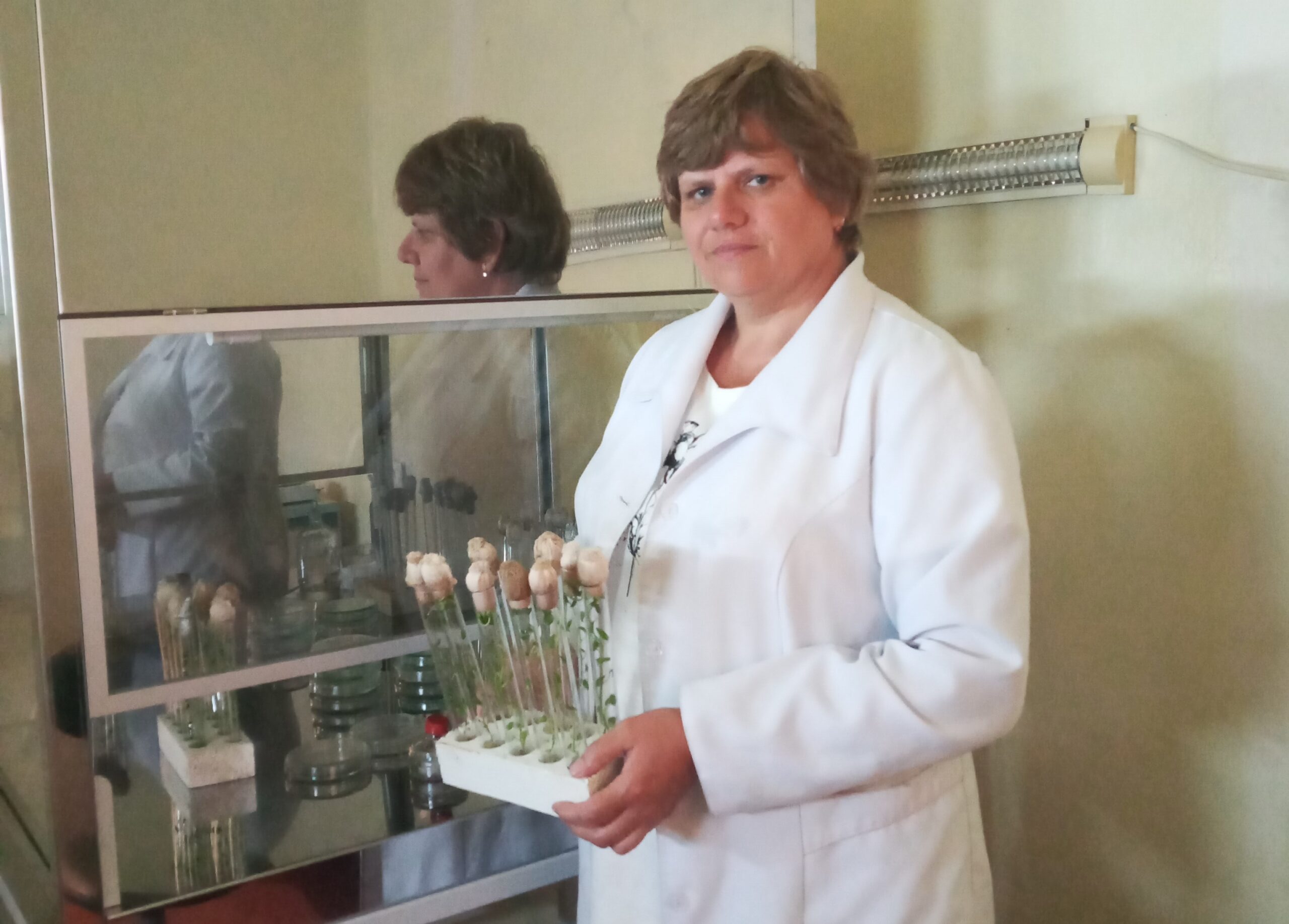 Potato wart causative agent Synchitrium endobioticum (Schilb.) Perc is an intercellular parasite that damages all plant host organs, except for the roots. It has been found in 38 countries and has received the status of a quarantine object throughout the world because of its harmfulness. The zoosporangia S. endobioticum has a viability of more than 40 years and yield losses from growing varieties susceptible to S. endobioticum can reach 50-100%.  Potato varieties need to be grown that have a strong resistance to S. endobioticum and clean the soil of pathogens.

The Laboratory of Agricultural Cultivars Biotechnology of the Ukrainian Science-Research Plant Quarantine Station Institute of Plant Protection NAAS (UkrSRPQS IPP NAAS) received a laminar flow box through a small research grant from the U.S.-Ukraine Foundation Biotech Initiative that will be used in our research for obtaining test material of national and foreign potato varieties. The laminar box will allow us to more quickly increase the volume of non-viral (treated) potato breeding material resistant to wart.

39 pathotypes of potato wart causative agents have been identified throughout the world as per the data of the European and Mediterranean Plant Protection Organization. New pathotypes have appeared in sources with high density of potato monoculture plantation, full absence of phytosanitary terms, growing of variety mixes with different resistance to wart, and favorable climatic and soil conditions for disease development. Therefore, there is a need for rapid, reliable and less expensive methods for timely disease source identification.

The biological method for potato wart strain causative agent differentiation is the identification of cultivars – differentiators. The criteria for cultivar input into the differentiating set is a clear reaction on pathogen infection and a sufficient quantity of differentiating material for experimentation.

Purpose of the research: Choice of potato cultivar differentiators to wart causative agents and supporting them in collection culture in vitro.

Materials of the research: Potato differentiators cultivars to wart